Helsinki as a capital city 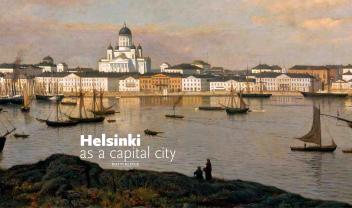 Helsinki was founded in 1550 by state decree and its most important characteristic has ever since been a close relationship to the state. The foundation of Helsinki was prompted by the commercial interest of the Swedish realm, and the aim was to make the city large and mighty – even though this entailed that burghers from other towns were ordered by the King to move to Helsinki.